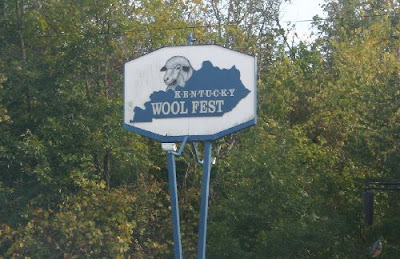 Earlier the month, we decided to follow some friends of ours to the Kentucky Wool Fest in Falmouth, KY. I was expecting a dinky little fair with some old guys and some sheep, but little did I know that it is the event of the year down in Pendleton County. 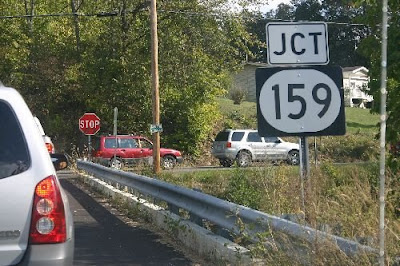 Traffic was horrible...we spent about 45 minutes either stopped or just barely crawling down the road. I also learned that if one wants to park sooner, one should not complain to the officer directing traffic. Luckily, that lesson was one I learned from the woman a couple of cars behind us. Said officer decided to go and give her a little talk after she yelled some not so sweet sentiments at him from her car. 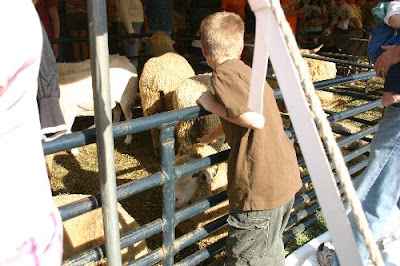 It honestly wasn't so much a wool festival as a craft show. There were two really long tents devoted to animals which are raised primarily for their fibers, and yarn spun from said fibers. All of the other tents were set up with multi-media crafts. Some were really cool, and some were mass produced stuff, just like any other craft show. We did some shopping and found some really neat hand made Christmas gifts while we were there ;) 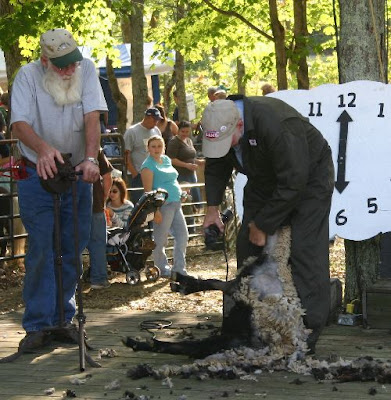 We did get to see a ram lamb shearing, which was pretty neat. The poor little guy most definitely didn't want to participate in the exhibition, but once he realized that he didn't have a choice he settled down pretty well. The gentleman explaining the shearing gave us a brief history of the methods and the tools used. I was impressed with the old hand-cranked shears...that really called for some teamwork!


I only bought one skein of yarn (and it wasn't even handspun, sadly), but I do plan on saving up to go again next year. The kids had a great time, especially Benny who got to have a Daddy-ride practically the whole time! 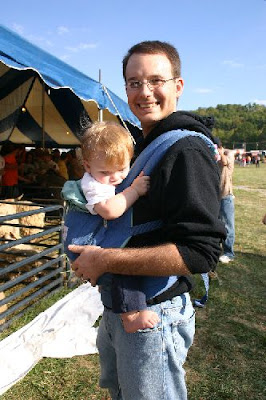 I'm the author of Tasty Crochet: A Pantry Full of Patterns for 33 Yummy Treats
This blog is for me to post about crocheting, knitting, general craftiness, and daily life.

Rose
I'm a stay at home mom to five kids and wife to a wonderful man. I love anything fiber related, and I am slightly obsessed with yarn.